'Wishes': Say it with Flowers

For some reason I found this theme a very difficult one.  I couldn't think how to express it.  I had lots of thoughts about what 'wishes' might be about but none of them would settle into a quilt.  Eventually I set on what I would wish for someone else - happiness.

We often express our hopes and wishes to other people in the form of flowers  - either as a bunch of flowers or as a symbolic bunch of flowers on a card - so this became my plan.   I wanted to make a really jolly, happy and exuberant quilt as my quilts are usually more restrained, and maybe subconsciously I was wishing for a bit of colour at the end of a long grey January! 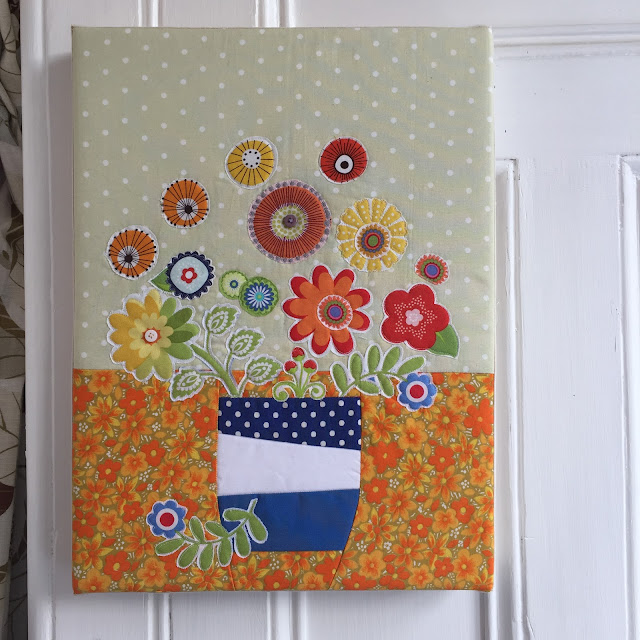 I was going to add a little banner at the top of the quilt, saying "Be Happy", but when I tried it out I didn't like it and although it would have made the quilt more obviously relevant to the theme artistic vanity won over. 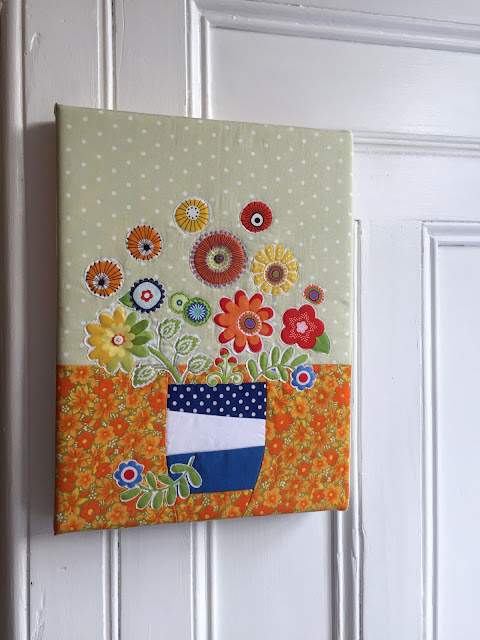 The vase and table cloth are pieced, and the flowers are raw-edge applique, with quilting to make parts of the flowers stand out.  I thought a couple of the flowers needed a bit of extra pop so added buttons to the centres - the largest amount of time was spent in fussing with the composition.   Finally I bound the quilt round a canvas and stapled it in place.  I had a lot of fun making it! 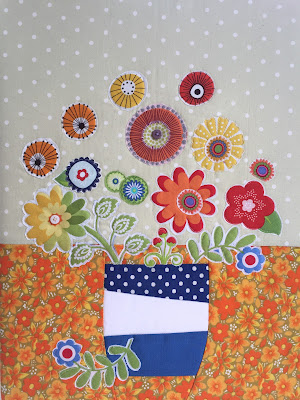