If wishes were kisses... 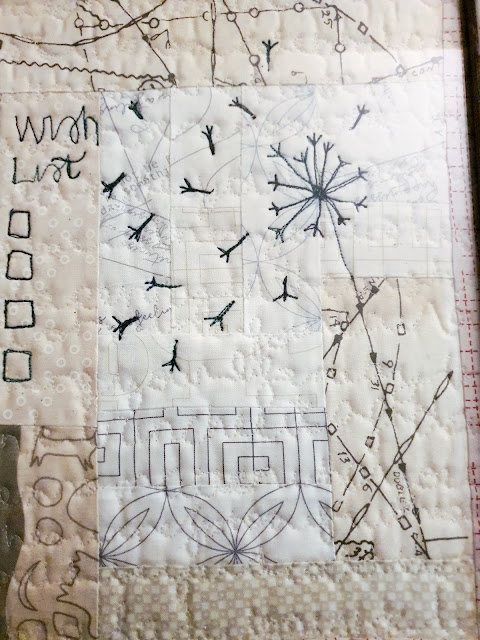 For some reason when I saw this quarter's theme was "Wishes" what went through my head was the refrain "If wishes were kisses...".  Now I don't know the next bit and when I asked Gordon he told me never heard of it but had heard "If wishes were horses, then beggars would ride".  That rang a bell so I thought I had it all wrong and it wasn't until I typed "if wishes" into google and it came back with both and "if wishes were fishes'!

I guess I shouldn't be surprised because wishing is everywhere: wishing wells, throw a penny in the fountain, enter a church for the first time, playing the lotto, wishing upon a star, Amazon wish list...
But that saying about beggars might ride kept popping into my head and I looked it up and was surprised to see it was Scottish but not surprised that we'd know it too with all the connections between Ireland and Scotland and the UK in general.

Another thing I found surprising and not surprising is the good and bad sides to sayings.  Like "He who hesitates is lost" and "Look before you leap".  Kind of contradictory but kind of not.  "If wishes were horses then beggars would ride" meaning everyone would have a horse and that's not the case, wishes don't all come true, get on with things and make it come true yourself.  As opposed to "When you wish upon a star, makes no matter who you are, When you wish upon a star your dreams come true." 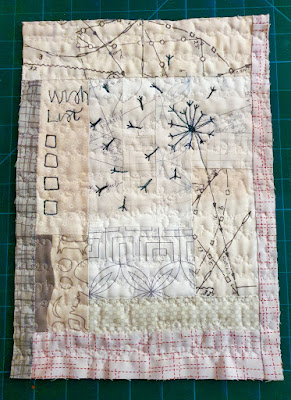 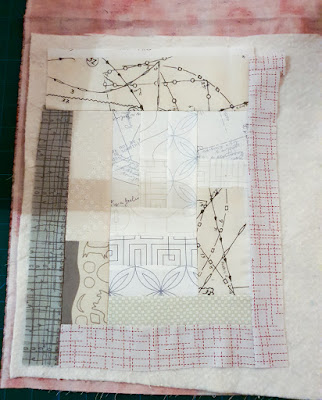 So I decided to grab some fabric and build scrappy background and make some wishes.  I found bullet journalling last year and have a wish list page with my version of a dandelion clock 'cause whether you believe in wishes or not, its tremendous fun blowing dandelions.  I quilted all of those sayings into the background and had fun choosing fabric that looked like a stem, a dog added in and some flowers on low volume fabric.

I added in 4 boxes for wished for items and thought about adding something in but left it blank as most of the time we have all we need and don't thankfully don't need to wish for much.  I very nearly added in a scene from Miss Confidentiality where Sandra Bullock's character is on stage being interviewed in the beauty pagent following everyone who has wished for world peace.  She comes out with longer prison sentences for repeat offenders and when that falls flat as a burst balloon adds world peace to rapturous applause. 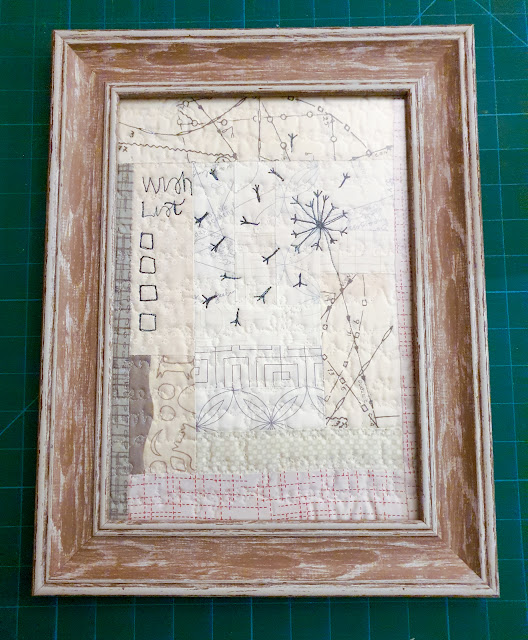 I ran out of room to quilt all that in the background so I am calling the piece Miss Confidentiality.  It seems to fit to me as for some reason in lots of cases if you tell anyone your wish it won't come through - who came up with that one?

Anyway that's it; what started as wishes as kisses ends up with amazon wish lists and world peace.  Now wouldn't that be nice.
Posted by Ruth at 08:00