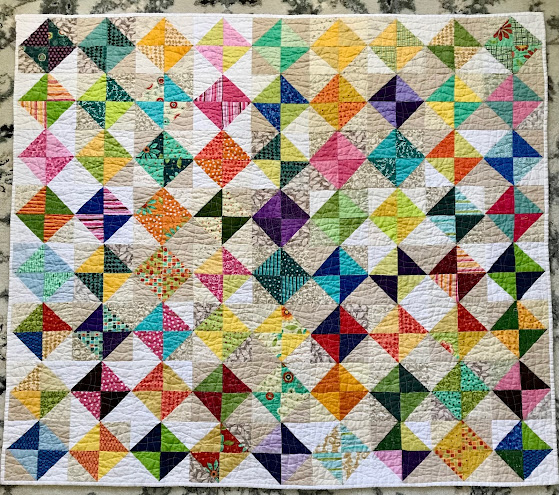 When the theme was announced, I immediately thought of Cats and Dogs, Yin and Yang, and a couple of others. They would have been easy enough to create, but they just didn't resonate. It being Summer and all, I just wanted to play. So I grabbed handfuls of scraps, sat down at the machine, and started making random half square triangles. And then I went with the Opposite that did resonate...my husband and me! I handed him the sewn triangles and asked him to put them together as he liked.

He went at it with great enthusiasm, working on it for four days on the bed in the guest room while the cats howled their displeasure at being shut out. I wanted him to make a small quilt, but once let loose, he would not be contained. "Just one more row," he kept saying. "Okaayyy...," I said. And that was that.

And there you have it, Opposites Attract on August 1st. 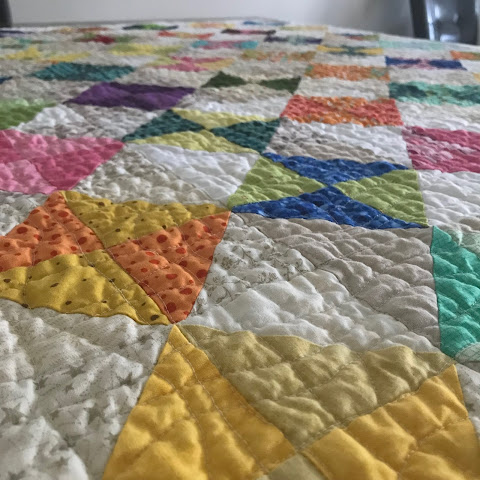 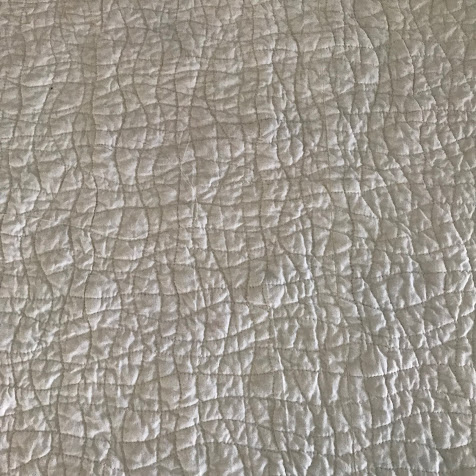 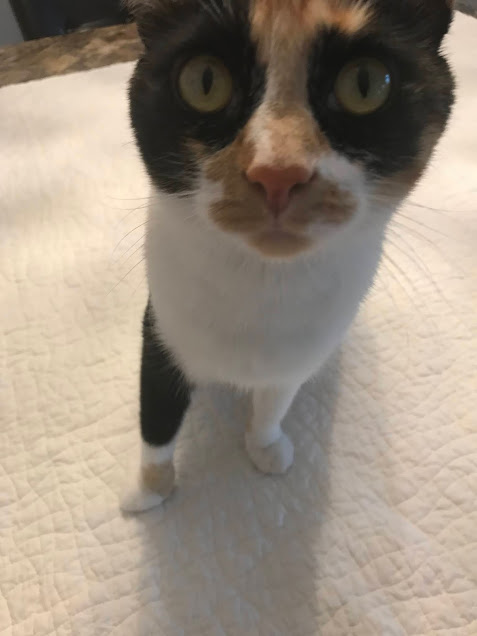 Posted by Maureen @ Josephina Ballerina at 17:46