An Imaginary Voyage of Discovery in the South Pacific

My partner, Janine, sent me this wonderful compass as my inspiration piece for this quarter's quilt.  I was quite overwhelmed to receive it. 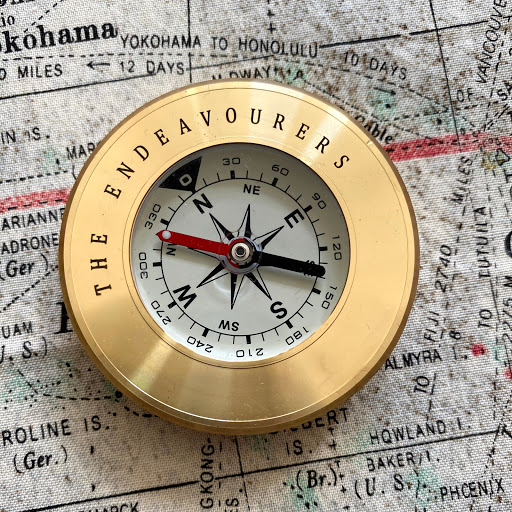 Knowing that all my fabric was, at the time, in my studio where I couldn't get it during lockdown Janine also very kindly and generously sent me some fabrics, including the marvellous piece of map which went into the quilt.
The compass immediately set me thinking about great endeavours.   I love the stories of Scott and Shackleton, and sea-going adventures, like Darwin's on the Beagle.   A couple of years back, we visited the Discovery in Dundee, and I was really taken with the laboratory and its portholes. 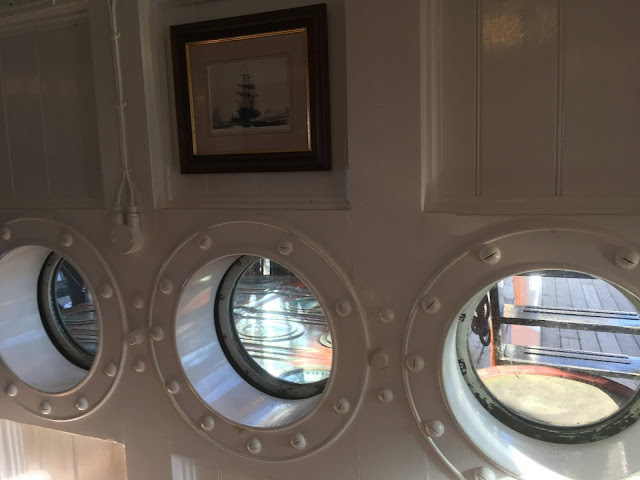 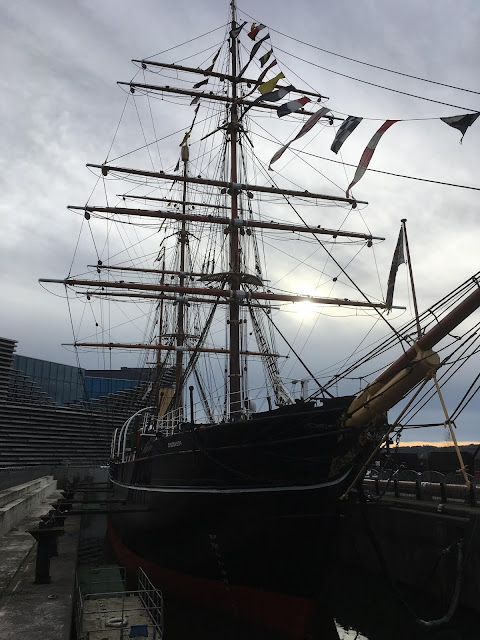 Then, having a particular interest in plants and horticulture, I read up about some of the great plant hunters who travelled the world bringing back new (to us) species from round the world.  In my head all these things finally came together in this quilt, combining science and adventure. 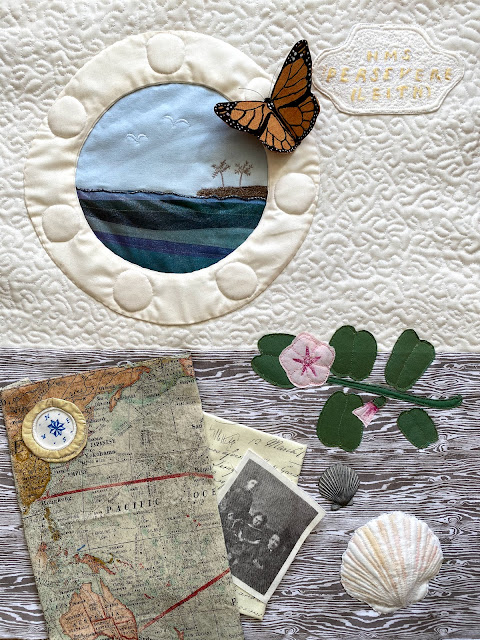 The story goes...
It is sometime in the 1800s.  The occupant of this cabin, the Scientific Officer of HMS Persevere (Leith), has gone on deck to watch as the tiny South Sea island they have just visited recedes out of view as they head further south.  On his bench are some shells he picked up there, and a piece of Ipomea pes-caprae - named Goat's foot morning glory because of the shape of the leaves - which grows on beaches throughout the world.  Its seeds are dispersed in salt water.  It is not a great discovery as it is already well known but it was beautiful to see and he may paint it later - he is a competent botanical artist.  A Monarch butterfly has found its way on board and will hopefully evade the killing bottle.    The Scientific Officer has been delighted in the last month to receive a letter from his wife, enclosing a studio portrait of his three little girls who he hasn't seen for a year.  He hopes to find more letters from home next time they reach a port visited by packet ships.    He misses his family very much, but until then he will be busy examining rocks and barnacles under his travelling microscope (currently in its box away from the salt air), and writing notes for posterity about beetles of the South Pacific. 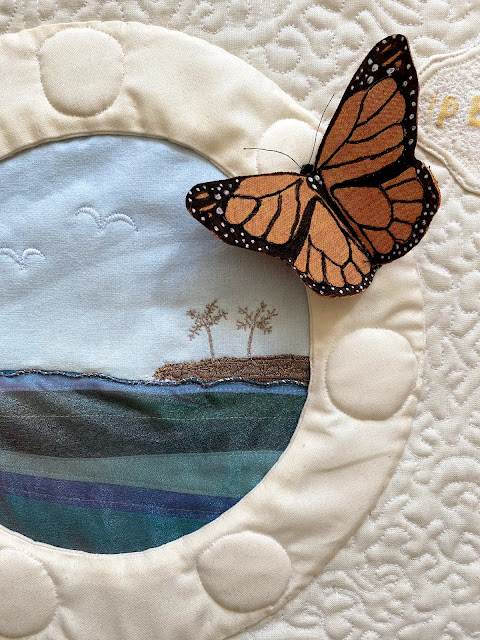 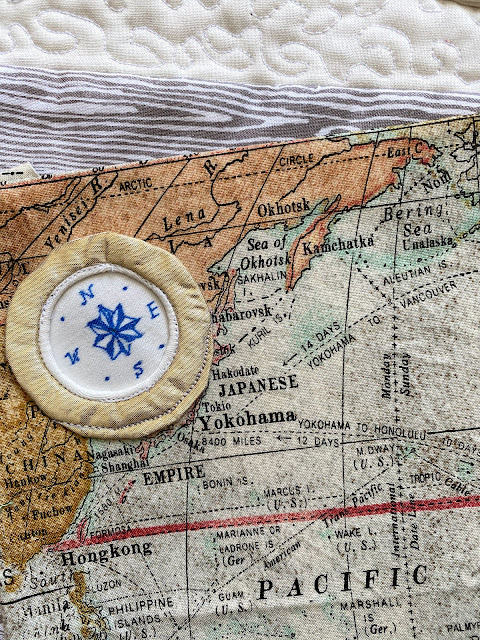 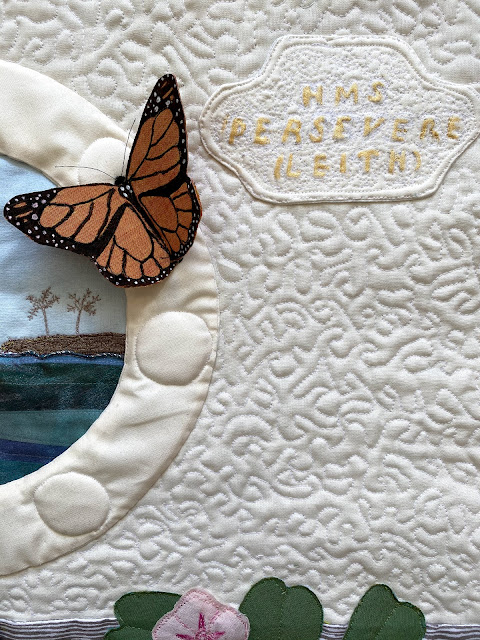 I had a lot of fun making this quilt and imagining the life of its subject has been a hugely therapeutic bit of escapism. Thank you so much Janine for such a lovely prompt!
[Note: Leith is part of Edinburgh where I live, and contains a large port.  The motto of Leith is 'Persevere' - a good motto for the times!  The little Victorian girls in the photograph are actually my great grandmother and her sisters in the 1800s.  The butterfly is a tribute to my grandfather, an entomologist.  I still plan to use a picture of my other great-grandmother as a stand-in for the Scientific Officer's wife, but she is currently in a box somewhere at the back of the attic!  The woman of this era who were not fortunate enough to be adventurers themselves deserve a lot of sympathy and recognition.]
Posted by Catherine at 10:00