Corona Crow on May 1st 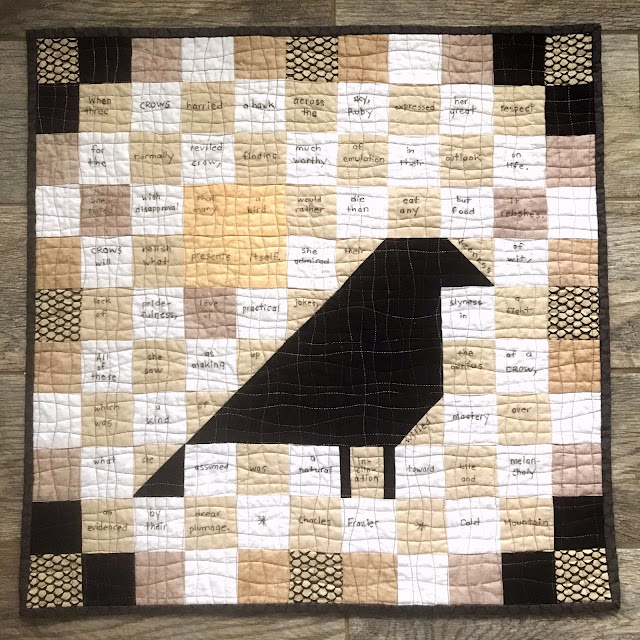 “When three crows harried a hawk across the sky, Ruby expressed her great respect for the normally reviled crow, finding much worthy of emulation in their outlook on life.  She noted with disapproval that many a bird would rather die than eat any but food it relishes. Crows will relish what presents itself.  She admired their keenness of wit, lack of pridefulness, love of practical jokes, slyness in a fight. All of these she saw as making up the genius of a crow, which was a kind of willed mastery over what she assumed was a natural inclination toward bile and melancholy, as evidenced by its  drear plumage.” Charles Frazier. Cold Mountain, p 137. 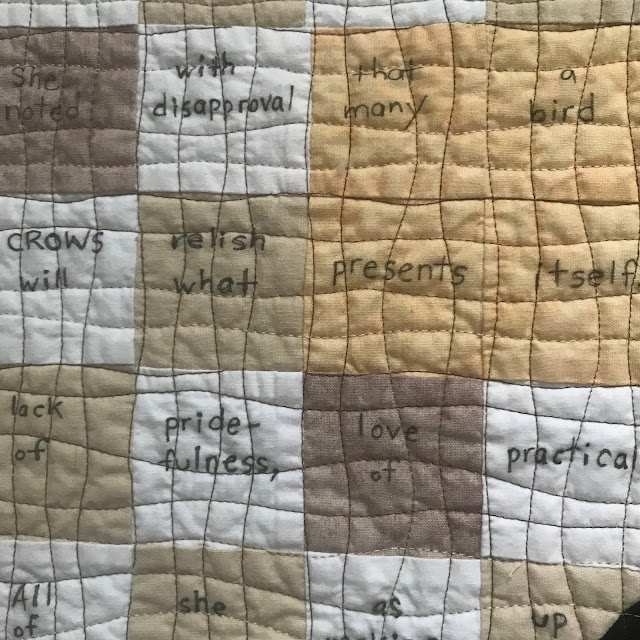 My first choice for this quarter’s Endeavourers challenge, “A Scene from a Book,” was not this. It was a wonderfully vivid scene from Bill Barich’s book, Carson Valley, about a man delighting in devouring a slice of cherry pie à la mode. But, as I tried to get it to come together, it simply would not, and the joy in creating drained away. These pandemic days are already difficult enough without having to contend with recalcitrant fabric cherries. Especially when my quilting modus operandi is squares.


I found I wanted something to match my more somber mood. The book itself, set in 1865 at the end of the American Civil War, has a somber undercurrent. Tan, black, and white called. Solids. Maybe make something with a primitive feel where mistakes would only add to the charm. If I messed up writing on the blocks, I would just cross the damn thing out and keep going. Luckily, that wasn’t necessary.
In these trying times, the kind of willed mastery over a tendency toward melancholy that Ruby so admired in the crow certainly comes in handy. Thus, I present Corona Crow on May 1st. 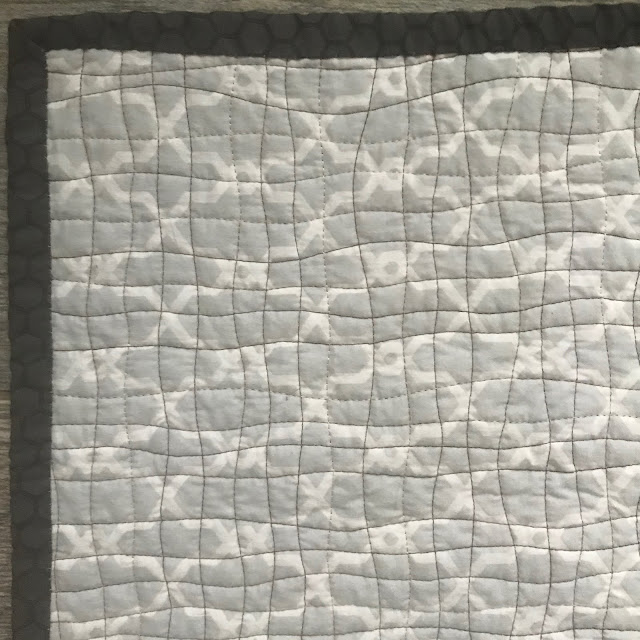 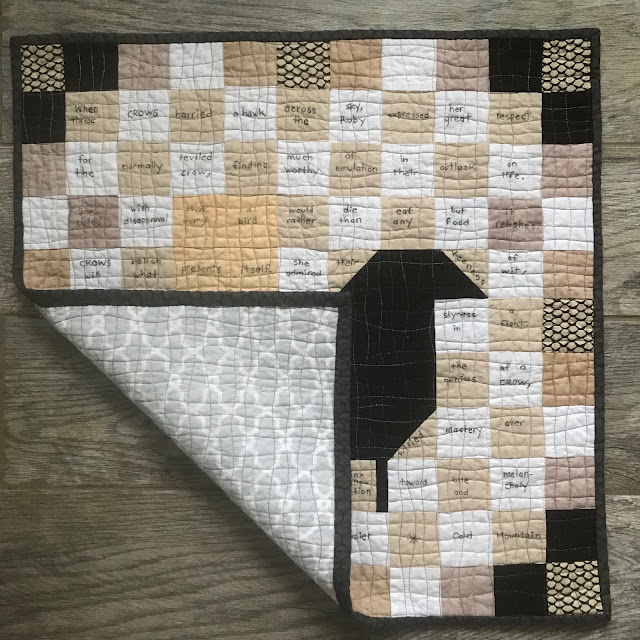 Posted by Maureen @ Josephina Ballerina at 10:17