For a number of years there have been numerous wildfires on the west coast: Washington, Oregon, California, and Nevada, to name a few states that have been affected. There have been others in other countries. 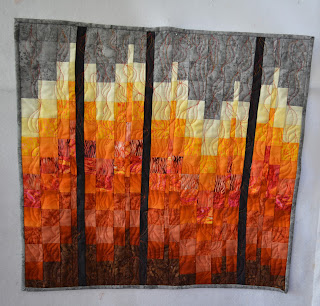 For me, they have affected my family:

In 2018 Paradise burned to the ground in a very fast burning fire that began when a power line coming in contact with dry trees caused a spark. They both lost their homes. 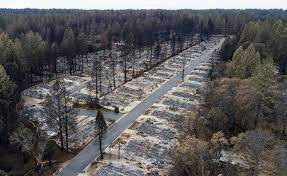 In 2020 the CZU fire, started by lightning, spread across the San Mateo and Santa Cruz mountains, burning more than 86,000 acres of redwood trees. This was near my hometown of San Jose, California. I spent many wonderful summers in those trees and one of my memories is of the smell of redwoods in the early mornings when it was foggy. We had breakfast under a tarp that covered the outdoor kitchen listening to the dripping of the water from the fog. 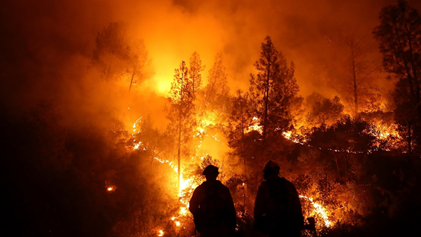 That same year we, on the Oregon coast, had several days where the sky was red orange.

In 2021 Oregon had the Bootleg fire that covered more than 400,000 acres while California had the Dixie fire that burned almost 1 million acres. There was also another fire in the ancient large Sequoia National Park where they covered some of the oldest trees with foil so they would not burn. 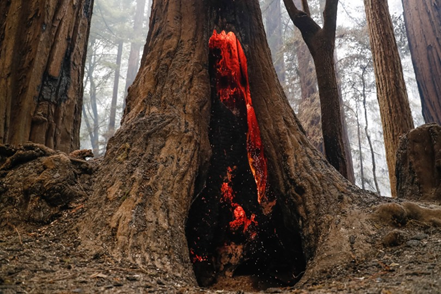 Most of these large fires burn for months while thousands of firefighters battle the flames day and night. And those are just the major fires, there are dozens of other, smaller wildfires that are little reported. My heart goes out to the firefighters and all those who lost their homes, family and friends. 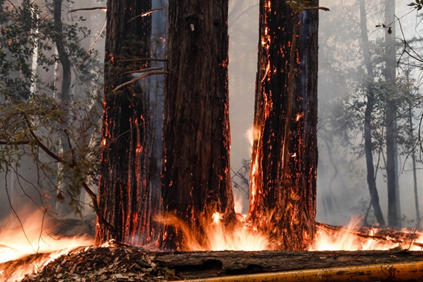 Every year I hope there are fewer fires, and every year there seem to be more and larger ones thanks to global warming, lightning and the carelessness of humans. 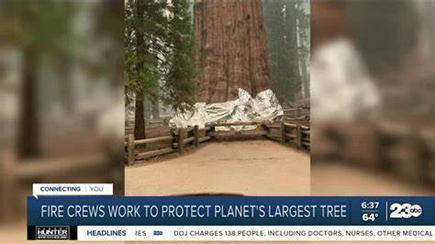 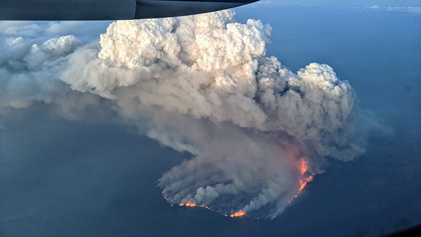