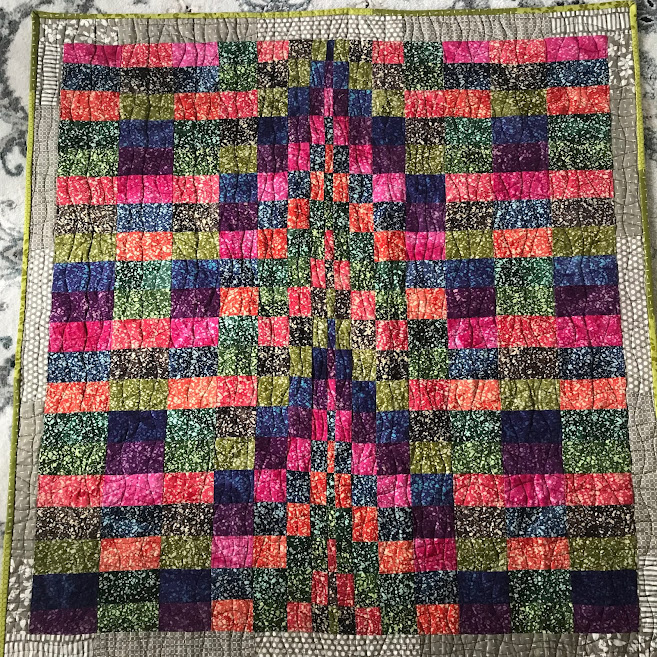 Having done a less than ideal job of explaining Fibonacci numbers during the last reveal, I will try again.

Fibonacci numbers are everywhere -in nature, in architecture, in the human body, but I was quite surprised to find the following headline in the Smithsonian Magazine (I don't take a newspaper, so a magazine had to do.) Anyway, the headline I used for this quarter's challenge is The Fibonacci sequence is Everywhere -Even the Troubled Stock Market. It is subtitled: The curious set of numbers shows up in nature and also in human activities.

I came upon the sequence when I was looking for a pleasing pattern to make a striped crochet afghan; but it shows up in human activity, too?! Groovy. 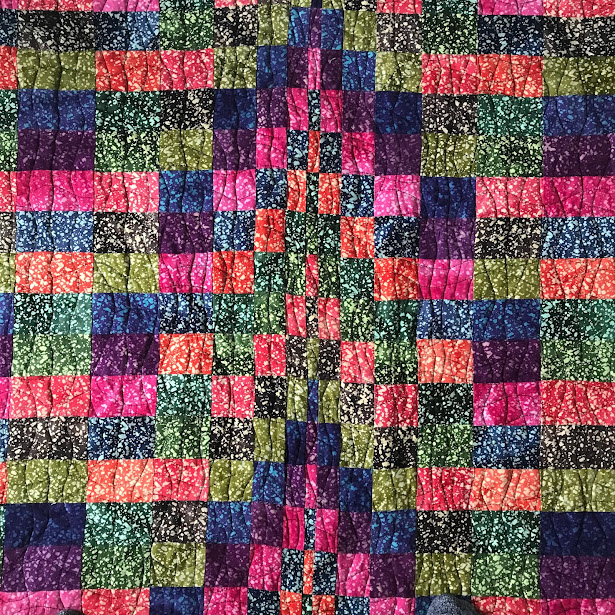 Oh, right...the quilt. The quilt is a bargello. I had a jelly roll that had been sitting around for ever so I decided to manipulate the fabric using the Fibonacci sequence. It's probably easiest to see the sequence laid out in the pink fabric (above and below) as it moves downward. The smallest middle piece is zero, then there are rows 1, 2, and 3, then the fourth row is skipped and pink again shows up in the fifth row, then the eighth, and thirteenth rows. 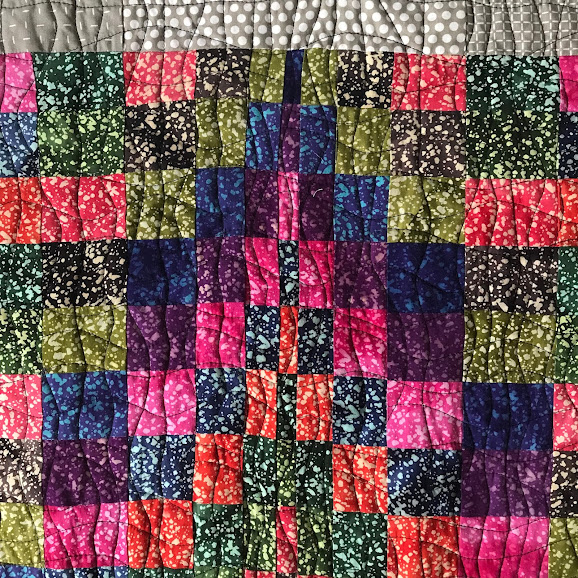 Making a bargello quilt with it's gazillion corners to match was a big pain in the a**. If I even mention "The B Word" again, just shoot me. Nonetheless, here you have it, Fibonacci Bargello on November 1st. 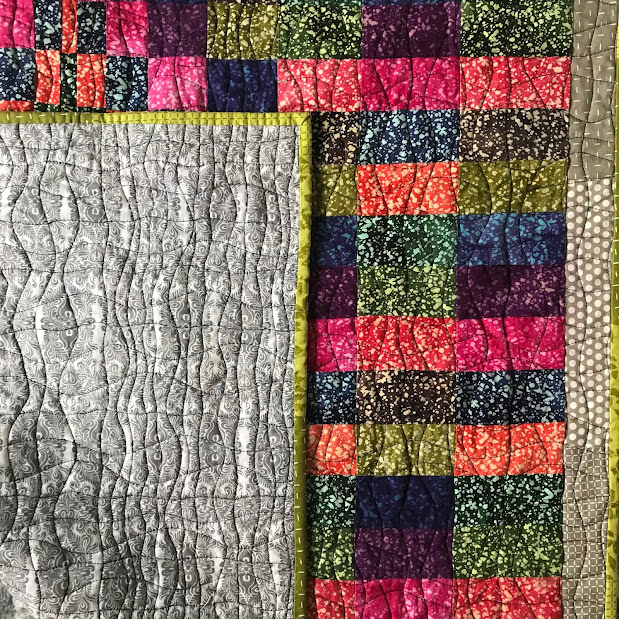 Posted by Maureen @ Josephina Ballerina at 14:00