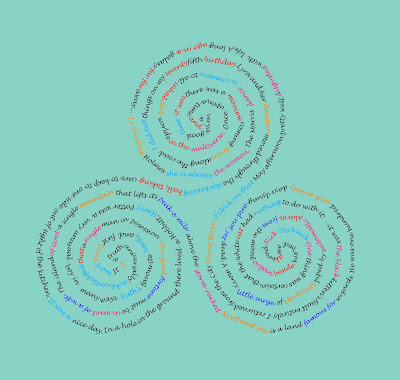 When I saw Spiral was our next challenge a feeling of delight was my first reaction.  The possibilities if not endless are many and I had lots of ideas.  I struggled settling on which of two to make.  My first idea was a throw quilt size that could be functional as well as a themed art project - yes I know there is a debate on functional items not being art but I was going to ignore that and make a quilt with text in a spiral. Trouble is I didn't know what I wanted to say or what colour palette to use. 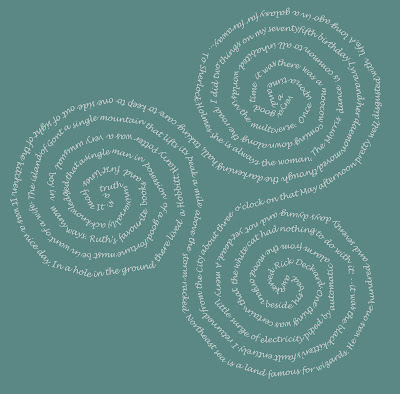 I had the idea of a Celtic tri-spiral and ended up choosing the first lines from my favourite books to make the spiral.  Design ready, I paused and thought this is quite personal, what does it say to the world to make it an art piece, rather than a nice quilt for Ruth to snuggle under? 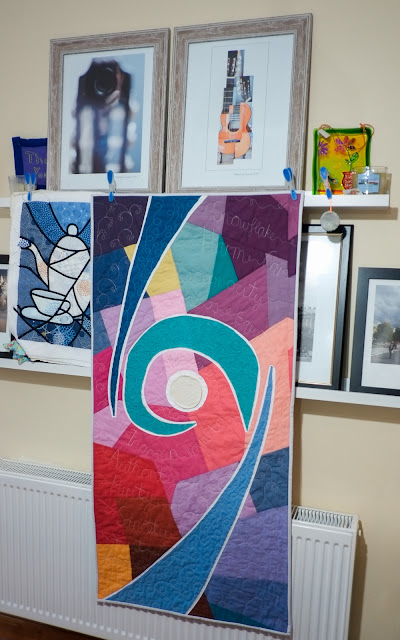 Around the same time this year I was invited to make a piece for the Irish Quilters showcase with the theme of Culture.  Working on two projects at the same time they seemed to meld a bit in my mind.  I thought of a double spiral of text with local sayings and slang and all the ways we have to describe the rain in Ireland.  But as I was doodling and sketching spirals the Yeat's poem "The Second Coming", and the line 'things fall apart, the centre cannot hold' got stuck in my head. 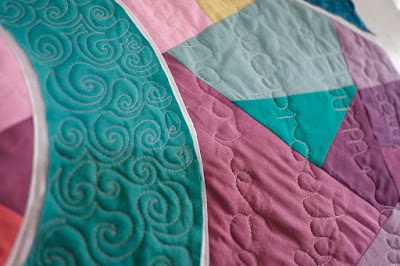 I thought about the rise of the right in politics, the ugly glee some people took in labelling people snowflakes, while at the same time angry about being labelled themselves and I thought self righteousness is really ugly - both left and right.  I was reminded of a TED talk by Jonathon Haidt where he looked at the traits of conservatives and liberals and I took away a few things from that talk.  All human beings care about being Fair, about doing no Harm and Caring for each other.  Liberals place a lot of value on Fairness and Equality.  Conservatives care about these things too but also care about Community, Authority and Purity.  Some Conservatives care about what you do with your body and some Liberals care very much about what you put in your body or on your body.  When you see passion at both extremes and name calling and violence you wonder how important is the centre? 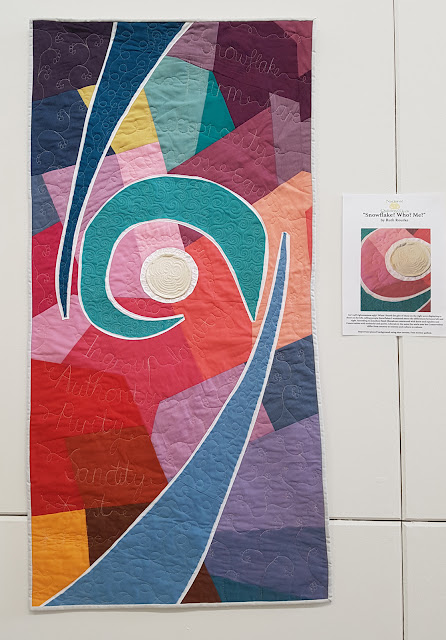 Are we perfectly balanced or is it like Yeats poem the centre cannot hold?  I haven't answered this question in the making of the quilt but feel like exploring it in textiles, shape and colour has been a worthwhile thought experience for me and it turns out I do have something to say.  I called it "Snowflake, who me?" and entered it to the exhibition curated by Paula Rafferty and Nikki Foley.
Posted by Ruth at 09:58