Having no prompt for this quarter's challenge meant that, of course, I left everything to the last minute! If I thought that it was hard making up my mind on a project when I had a theme to work to, then it was nothing compared to making a decision when literally "anything goes" :)

In the end I decided that I would like to make a companion piece to one of my earlier Endeavourers projects. So, I chose to produce a companion piece for Making Waves which was made in response to The Sea, our challenge for November 2020. 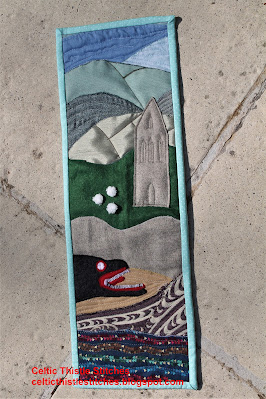 I have called this piece "All the C's" as it is based upon the island of Great Cumbrae, in the Firth of Clyde, which is shown on the far reach of Making Waves. The island is only accessible by ferry from Largs, a journey of approximately 10 minutes to cover the 2 miles distance. 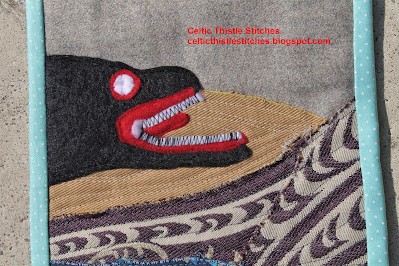 One of the iconic images of the island for the last 100 years (according to the local folklore!) is a rock painted to look like a crocodile. So another C for Crocodile Rock! The rock is easily accessible on the shoreline at Millport, the only town on the island. When we visited recently with our grandsons they felt very adventurous clambering over a crocodile :) 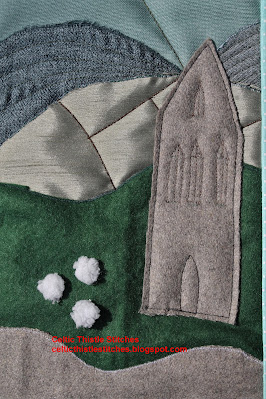 Cumbrae is also the home of the Cathedral of the Isles, the smallest Cathedral in Britain, which dates from  1851. The Cathedral, which is tucked away in a quiet corner of Millport, is a lovely spot on a warm summer's day. The Cathedral houses a particularly impressive organ, which with its equally impressive acoustics mean that concerts are often performed there. 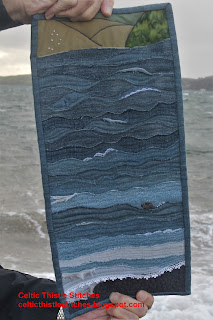 So, there you have it "All the C's" a companion piece to "Making Waves". Now in an ideal world I would finish this post with a photo of the two pieces side by side, or even a photo of All the C's with Cumbrae in the background. Sadly, as a result of leaving this challenge project to the very last minute I finished this last night and, as I am currently in France it would be a bit difficult to see Cumbrae from here:( 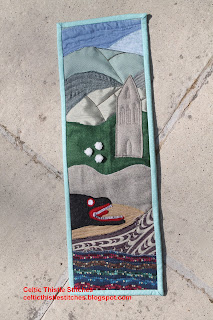 In addition, having searched the house from top to bottom before leaving for France I could not find Making Waves, so, naturally, assumed that it must be in France. Having now searched the house here I cannot find it here either so I have no idea what I have done with it! Hopefully, it will turn up in a most unlikely place when I am not even looking for it :)

Looking forward as always to seeing how my fellow Endeavourers have responded to this no prompt challenge!